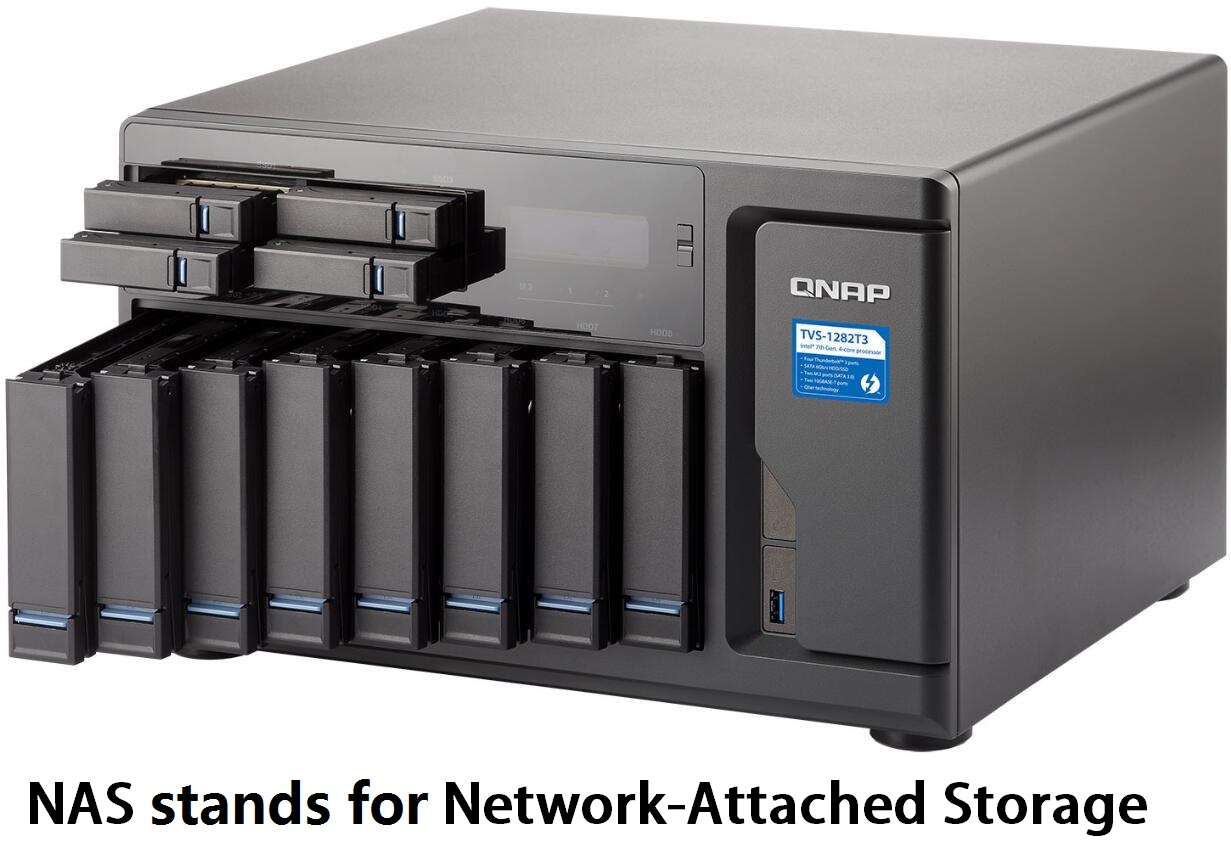 NAS stands for Network-Attached Storage which means Network Connected Storage and is a server dedicated to shared storage. The device has the function of sharing data to several computers, be they Macs or PCs. It is like a database that you can have inside your home and access it remotely within the network in which it is associated.  In addition, NAS also means National Academy of Science and Naval Air Station based on Abbreviationfinder.

The device has an internet cable entry, obviously, and the files that are there can be accessed from anywhere with the IP address associated with the NAS. These devices are currently used in a variety of functions, such as backing up computers in offices or homes, sharing printers, streaming media to game consoles, smart TVs and also media players. Some open source alternatives have been created to allow the implementation of NAS in homes, such as FreeNAS and Openfiler.

A NAS unit, although it has a CPU, motherboard, memory and the capacity to install other software, was not designed for computational tasks. Most of them do not have a keyboard or monitor and end up being configured over the network through another machine, usually using a simple browser.

The device is formed by a single or several hard drives for data storage, some of which have RAID (Redundant Arrays of Independent Disks) technology that allows the release of resources from other servers in the network because it is able to centralize the responsibility of serving the files. This technology also allows only a fragment of files to be sent to a separate hard drive that is available on the NAS. This way, when the fragmented file is accessed, all disks will work simultaneously to execute the process, providing faster action. Some models even have a USB port for connecting other storage devices, such as external hard drives. 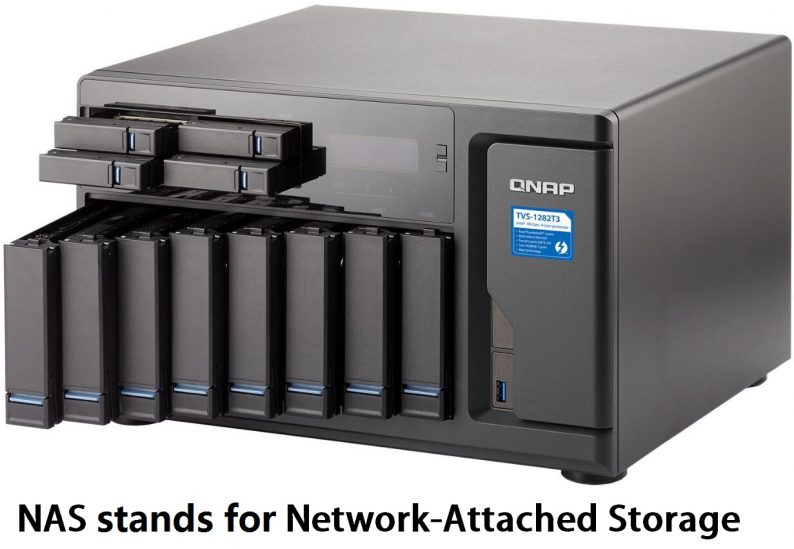 The main differential of the NAS for the SAN (Storage Area Network) is that it makes storage and file system available, while the SAN only stores the data and leaves the user responsible for managing the file system. Typically, SAN is used on large computer networks. Another difference between the two is that the NAS provides file protocols, while the SAN provides layer protocols.

NAS have some negative points with regard to their limitations. This happens due to the support of several protocols and the reduced layer of the CPU and the operating system, which leads to greater limitations than those found in a DAS / FC system. There is also the fact that a NAS is limited to its own hardware, which unlike the most common servers, is not easy to improve.

With the popularization of the internet and home networks, NAS prices were reduced and started to be part of the daily lives of many users, even though this system is widely used in the corporate world.